Moving into a new country like Singapore provides a great experience and a wonderful adventure! But it also comes with financial challenges, such as relatively expensive rent, bills, and other living expenses. When you find yourself short on budget, know that you can count on us.

With a minimum monthly salary of $3,000, you can apply for a foreigner loan from 1 Fullerton Credit up to 6 times of your monthly salary with low interest guarantee.

Apply For a Loan in 3 Easy Steps

Skip the lines and apply online on our official website https://1fullertoncredit.com.sg/ or talk to our loan officer at 6588 1886.

Our loan officer will schedule an appointment for you further to discuss the terms and conditions of your loan plan.

Receive your money in cash as soon as the agreement has been signed.

Our loan officer will schedule an appointment for you further to discuss the terms and conditions of your loan plan.

Minimum Salary Of
SGD3,000 For Foreigner

What Our Customers Say About Our Services

Nor Vill
4 weeks ago - Google
Daniel accomodated me well and assisted me on my need. Thanks!

Christopher Chris
3 months ago - Google
Professional service provided by the team. Specially thanks to Ms Zoe for providing her honest and detailed clarification/guidance prior to the application ! Much Appreciate. Thanks.

What is a foreigner loan and how does it work?

Living in Singapore is quite expensive. While adapting to the living expenses, a foreigner loan is an option to help you stabilize your monetary conditions during the settling in period.

1 Fullerton Credit’s foreigner loan allows you to borrow up to six months’ worth of your salary.

Rest assured that there are no hidden charges being imposed by 1 Fullerton Credit. We take honesty and transparency seriously and discuss all the fees before you sign the contract.

If you are looking for quick cash for foreigners, know that 1 Fullerton Credit can deliver faster than the banks.

What should I consider before taking on a foreigner loan?

Before taking a foreigner loan, the first thing is to visit the list of licensed moneylenders registered with Singapore’s Ministry of Law to avoid loan scams.

Secondly, compare the best loan in Singapore suitable to your needs and repayment capability before you borrow.

Lastly, check the customer satisfaction reviews on Loan Advisor and Google Reviews to weigh in which agency is more reliable and trustworthy to borrow money from.

1 Fullerton Credit is licensed and registered with the Ministry of Law. Rest assured that we adhere to the law and offer fair and just interest rates since 2009.

We have established an excellent reputation over the years. In fact, we are noted by our clients as “professional, efficient, and client-oriented,” assuring you that you are borrowing from a legal, responsible, and ethical agency.

How much can a foreigner borrow in Singapore?

Generally speaking, for secured loans, you can obtain a loan of any amount. For unsecured loans, please refer to the table below for the total maximum amount that you may borrow:

What are the interest rates and fees that a moneylender can charge to me?

All moneylenders are only permitted to impose the following charges and expenses:

The total charges imposed by a moneylender on any loan, consisting of interest, late interest, upfront administrative, and late fee also cannot exceed an amount equivalent to the principal of the loan.

Meanwhile, the maximum interest rate that a moneylender can charge is 4% per month, regardless of the borrower’s income and whether the loan is an unsecured or secured one.

If a borrower fails to repay the loan on time, the maximum rate of late interest that a moneylender can charge is 4% per month for each month the loan is repaid late.

The computation of interest charged on the loan must be based on the amount of principal remaining after deducting from the original principal the total payments made by or on behalf of the borrower which are appropriated to the principal.

The late interest can only be charged on an amount that is repaid late. The moneylender cannot charge on amounts that are outstanding but not yet due to be repaid.

How long to get my foreigner loan approved?

Applying for 1 Fullerton Credit’s foreigner loans is easy and straightforward as long as you have your complete set of documents and information. The application will be processed in less than an hour.

After applying online or calling from the comfort of your home, our loan officer will schedule an in-person appointment to discuss the terms of your loan plan. You will receive the borrowed money on the same day as soon as the agreement has been signed.

How would I collect the money?

Once the loan is approved, you will receive it cash on the spot or you can request to receive it by cheque or transfer it to your personal bank account.

What if I am unable to pay on time?

If the scheduled repayment amount is not received on time, you may incur a late repayment fee not exceeding $60. Additionally, you will be charged a late interest of up to 4% per month for each month the loan is repaid late.

We strongly advise you to communicate with the moneylender on this matter. The moneylender will make efforts to find out the reasons behind the late repayments and can make arrangements with you to make the repayments manageable.

Where to get a foreigner loan near me?

How can we help you and why borrow foreigner loans from us?

1 Fullerton Credit’s foreigner loan, an expatriate loan or personal loan for foreigners is designed to ease your financial emergencies for your personal reasons. We make sure to give you the funding that you need immediately, in as short as an hour.

We are proud of our competitive loan plans that adhere to the Moneylenders Act. And we only impose the required and permitted fees and interest rates and make sure to customize the loan plan accordingly.

Moreover, our ultimate goal is to help you with your financial difficulties, not to add a burden to your financial trouble. Take it from our clients’ verified reviews on Loan Advisor, Google Reviews, and Business Listings, that can attest to our promises and core values — professional, efficient, and client-oriented.

Skip the lines of processing and apply for foreigner loans in Singapore without leaving your doorstep. We look forward to serving you.

How do I know whether a moneylender is licensed or unlicensed?

Before approaching any moneylender, you must first verify their credibility. Check their legitimacy through the Ministry of Law’s website. They must be registered and on the list of licensed moneylenders.

1 Fullerton Credit’s license number is 101/2022 listed in this downloadable list.

As a licensed moneylender, we are subjected to the rules and regulations set by the Ministry of Law Singapore. We are prohibited to advertise our services through unofficial channels like SMS, WhatsApp, or social media.

We can only promote our loan services through business and consumer directories as well as our business websites. We can also place advertisements within and on the exterior of our office.

Are there red flags I should watch out for when dealing with moneylenders?

Even if they are licensed, you must still be wary of these red flags:

If you believe that you are dealing with an errant moneylender, immediately contact the Registry at 1800-2255-529.

The Registry will not disclose your details to the moneylender without your consent. However, you may need to provide them with all the necessary details and documents regarding your loan transaction.

What are the next steps after receiving the foreigner loans? 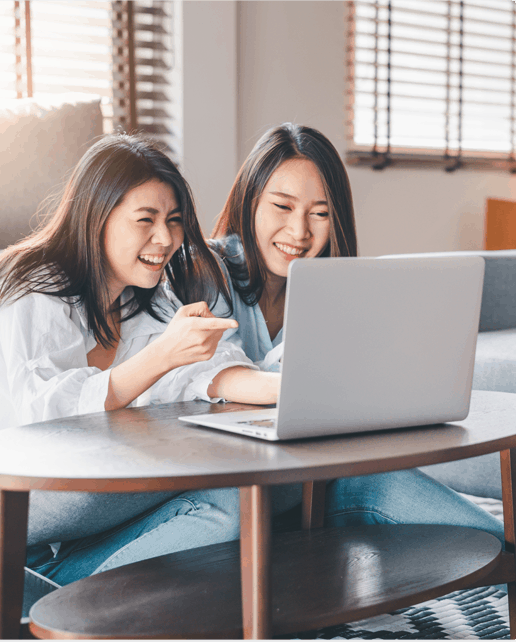 Ready To Get Started?

Borrow with ease.
Request for a quotation now!